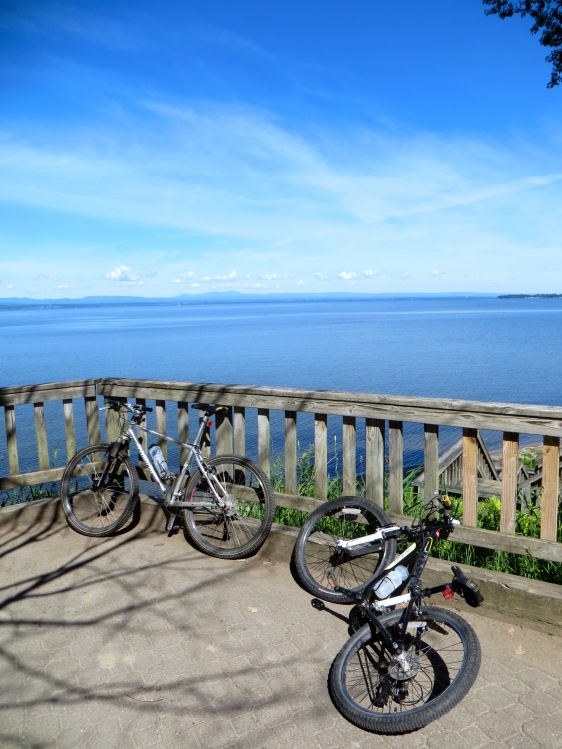 A stop on the Burlington bike path

We slept out on the porch last night. A section of it is screened, so we set up cozy beds on the couch and had our Z’s outside. We woke up later than I thought we would, given that the birds are singing at 4:00, about 7:00. I gathered some things while my son rubbed the bleariness from his eyes and then we headed to town.

First stop was Penny Cluse Cafe. They have the best breakfast around. My son had buttermilk pancakes, which he said were almost as good as mine. Right thing to say. And he wasn’t even after ice cream. I had beans and eggs and corn muffins–not something I typically have at home, which was the idea. Coffee, fresh-squeezed orange juice–we were good to go on the meal front.

Next stop was the Ski Rack to pick up my son’s bike that had gotten some service. We rolled that outside, pulled my bike from the roof rack and, with full water bottles and some snacks, we headed to the lake. We passed the waterfront area and headed north on the bike path.

It could not have been a more perfect morning. Sunny, just warm enough, the lake and sky a summer blue. We pedaled our way several miles until we came to the bridge across the Winooski River. We stopped to look out at the river and the lake and the wetlands. Then we went a little further into Colchester. 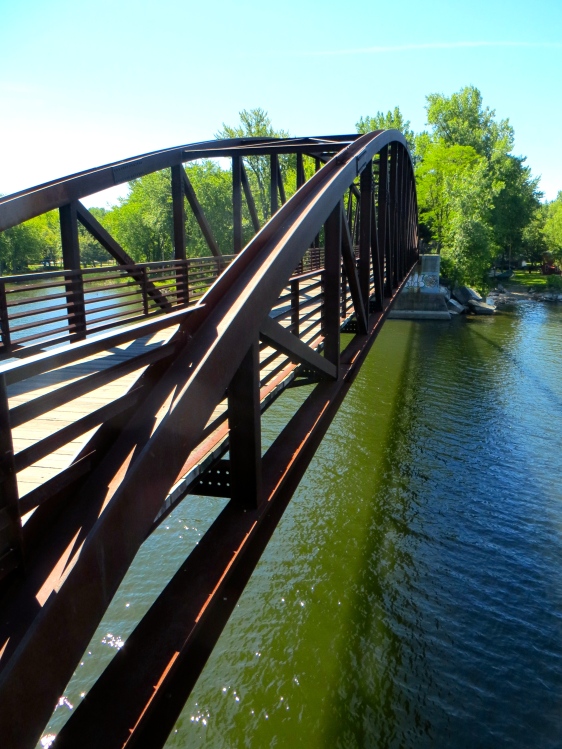 Looking back toward Burlington

We parked our bikes and checked out the lake, just off the bike path. Now that the water is finally low enough we could walk out to the marsh. We saw a couple of great egrets, a great blue heron and I finally heard marsh wrens. Those marsh wrens bring me up to 172 different bird species I have found in Chittenden County this year. I am aiming for 175, at least. I think I’ll make it. 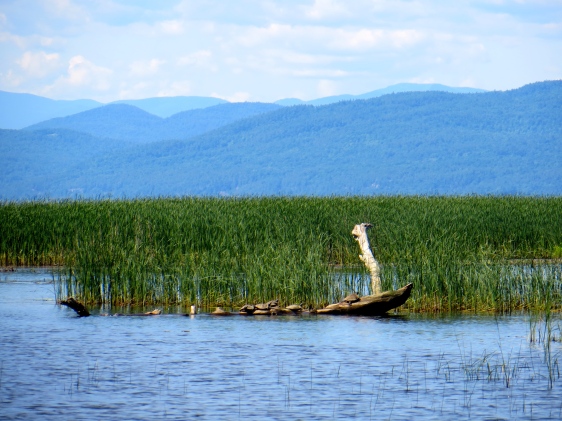 Then we headed back south and parked our bikes outside ECHO, Burlington’s science center, to do some building. The rotating exhibit currently features KEVA planks, flattish rectangular blocks. There are some amazing structures there on display. We got there just in time for one of their daily challenges. We had five minutes to build a bridge. We teamworked it and did pretty well: 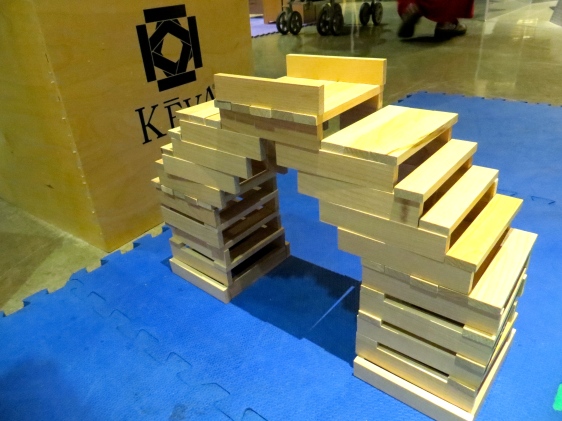 I had started my own bridge before the challenge started and decided to enhance that one: 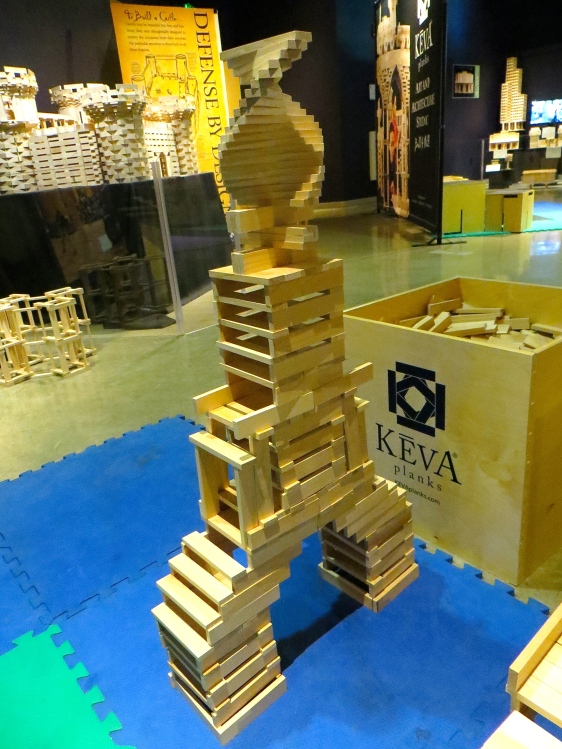 We will be back to build some more this summer while the exhibit lasts. It is way fun.

Back home, my son got picked up to hang with a friend. I got some more painting done once the shade shifted around to right spot. We won’t have quite the blast tomorrow, but I am hoping it will be a decent one. We will sleep on the porch again and wake to the morning sun. No Penny Cluse tomorrow, but I can make pancakes at home. Apparently, they are pretty good.