I was afraid that we would be too late to pick blueberries. I drove by the sign early in the morning: Pick Your Own Blueberries. Late August, but not too late. I called Pelkey’s Farm in Charlotte to see if they really were still picking, or if the sign just hadn’t been taken down yet. It was past peak season, the young woman on the phone told me, but there were still plenty. So that hot afternoon my son and I drove over and picked us some berries.

The description I got was about right. The huge berries you can rake off the bushes to fill your bucket in a half-hour were scant. There were lots of smaller berries, more spread out, and they were as tasty as they get. It was hot in the summer sun and we were slow, but still we managed to pick a good amount. My bucket was a little more full than my son’s, but I let that slide and got him (and me) a creemee afterwards. Vanilla creemee with fresh blueberries dotting the top?  Saying no to that would just be cruel.

Berries in the bucket

When we got home I measured out a few cups to make jam (the rest we would polish off fresh). I washed them and gathered the rest of the ingredients to make jam. I cut up a mango and tossed that into the pot with the berries before turning on the heat.

Fruit ready to get transformed

That fruit turned a bit to mush once it got warm. With a little sugar stirred in we had us some jam. Of course, eating all that jam would take a while, so I poured it into jars and canned it. One of the jars didn’t seal, which was a first for me (lid not on properly? jam on the rim? not sure) but I still got seven jars to keep for later. I will swirl that one rogue jar into a coffee cake so it isn’t all that much of a loss. We will be tasting summer in the winter, even if it has all that extra sugar. Blueberry mango jam on some fresh bread on a snowy morning? I’ll take it. 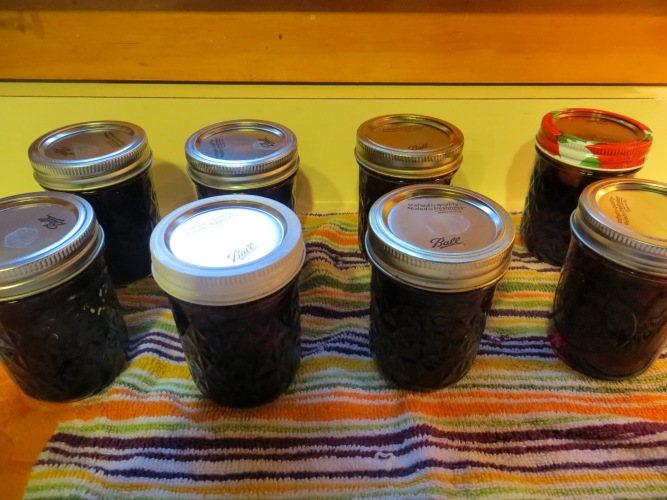 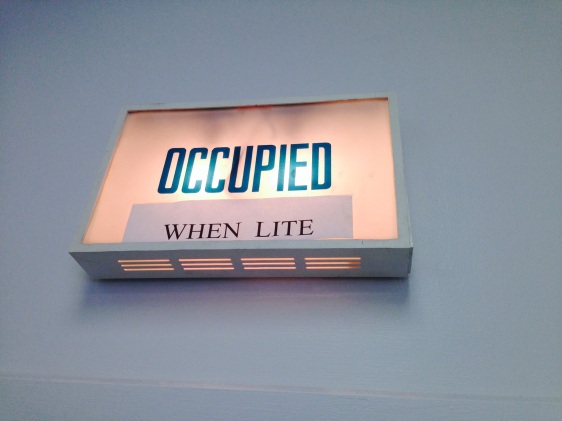 Found this sign over a restroom at a convenience store on our drive to Maine yesterday. It always stayed lit whether the restroom was occupied or not. Maybe it is advertising campaign by the Miller Lite?