In front of our house we have four birdhouses on posts. There were a few of them on a fence when we moved in. We took out the fence. I hammered in a few cedar posts. I replaced the birdhouses. In past years we have had bluebirds nesting in one of them. Swallows have nested as well, sometimes in two boxes at once. The bluebirds seem to favor the one closest to the sugar maple. The swallows like the one that is the most in the open. One of them gets used by the bluebirds when the swallows take over their favorite. The one on the end, however, next to the tall spruce, has never had residents. This year, however, the wrens moved in.

House Wrens have nested in the old Christmas tree stand next door for several years. They have been pretty reliable. If I walked past in the morning, I could count on them singing their bubbly, and loud, song from the dense needles of the firs. This year they have decided to nest in that long-empty box near our house. Every morning now, and much of the rest of the day, I hear the male singing. He is loud. Every day I am amazed that such a small creature can create such a complex song and belt it out with such volume. That little dude has heart.

So this year we have three birdhouses in a row with different birds nesting in them. The Eastern Bluebirds pop in and out of the maple tree to their abode. The Tree Swallows zoom in fast to theirs after grabbing insects in the air over the field. The House Wrens hide in the spruce or the forsythia as they zip back and forth to theirs. It is quite the family neighborhood. 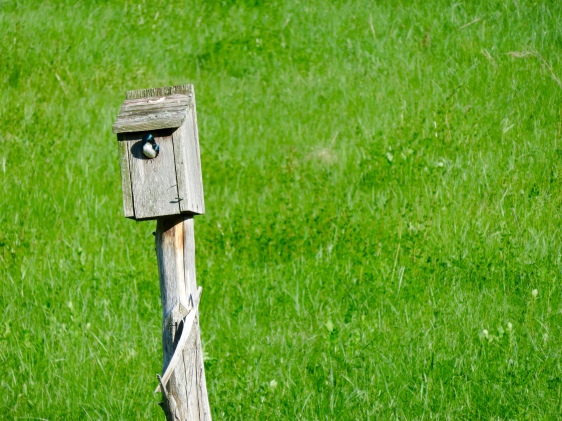 Not long ago Bernie Sanders, one of Vermont’s senators, announced he was running for president. It was a bold move. He immediately was pronounced the underdog and the media paid some attention. He is a United States senator, so I guess they had to pay attention. I was happy about it. Bernie Sanders is a straight-talking, take-action kind of guy. He understands that he represents all of our small state, as well as the nation, and that the nation has a whole lot of people in it. He works to truly represent as many people as he can.

The American people must make a fundamental decision. Do we continue the 40-year decline of our middle class and the growing gap between the very rich and everyone else, or do we fight for a progressive economic agenda that creates jobs, raises wages, protects the environment and provides health care for all? Are we prepared to take on the enormous economic and political power of the billionaire class, or do we continue to slide into economic and political oligarchy? These are the most important questions of our time, and how we answer them will determine the future of our country.

Politicians talk all the time about change, and often they seem to dance around the issues. Bernie is a bad dancer. He stomps right in. Could this be bad for his presidential bid? Of course. Many things will be said about him that turn what he says into something it isn’t. But I am betting, and I imagine he is as well, that that is OK, that his message and what he stands for and the work he wants to do will matter more than the ugliness of presidential campaigns.

The photo above is from the Memorial Day parade in Vergennes last Monday. That right there is Bernie Sanders. He is wearing a regular jacket; I swear he wore that in the last parade in which I saw him, and I missed this same parade last May. He is wearing running shoes. His baseball cap is in hand, his hair the usual muss. Even his pants are not ironed. That is just the thing here–he is tidy enough and respectful, but in no way pretentious. He does not pretend to be someone he is not. He dons the suit and tie when appropriate but here, where he stops to hug his constituents and to take photos with those who ask, he wears something comfortable. He cares more about wealth inequality than he cares about the Windsor knot.

In this photo, his wife, Jane, is walking behind him. I am not sure what she was doing with her phone. Maybe she was tweeting “Mem Day Parade w/Bernie @Berniesanders. Need to remind him to iron pants!” but that is just a guess on my part.

Can you see that Savannah Sparrow that landed in that tree?

This morning I volunteered to help look for Bobolinks and Savannah Sparrows. As part of a long-term study to learn about the health of ground-nesting bird populations, the idea today was to look for birds that had been banded in the past. A group of us met at Shelburne Farms, whose fields are a large part of the study, split into two groups, and headed out to beat the grass.

The idea was to flush birds from the ground and to try to see if they had bands on their legs. There are a few types of bands so we got a quick tutorial before we started stomping across the meadows. To help flush birds before we were right on top of them we swished the grass with thin bamboo poles. Once the birds were airborne we could watch them through binoculars to see if anything bright stuck to their legs. Our group headed to Charlotte, to fields adjacent to Shelburne Farms, and right away we encountered Bobolinks. We saw half a dozen, plus a few Savannah Sparrows, but none of them had bands. We tried a few meadows divided by rows of trees and shrubs. Lots of birds but no bands.

We then drove to another, nearby, field. Their were lots of Bobolinks here, maybe 15-20 of them. There were males and females, flying all over, the males singing like mad. The females have started laying eggs (they lay one a day for about four to six days) and apparently this drives the males a little loony. They burbled and gurgled and chirped away. We all had some great looks at these beautiful birds but again, saw no bands.

So we learned that there are some Bobolinks and Savannah Sparrows in all these fields (the other group managed to find one bird with a band) but it didn’t add much to the data. We did find one Bobolink nest. That was pretty cool. The eggs in it are not being incubated yet, as there were only two of them (they lay one egg per day for four to six days before settling in to get them to hatch); seeing that made the morning worth it. Plus, on the way to one field we all saw a Blue-Winged Warbler, an uncommon bird and one that I had never seen until last week. I even got a photo of that one. No Bobolink photos–I was too preoccupied with my binoculars–but I may get a chance to volunteer again when these folks come back to survey in June. I will try to remember to get photos of the actual birds then. 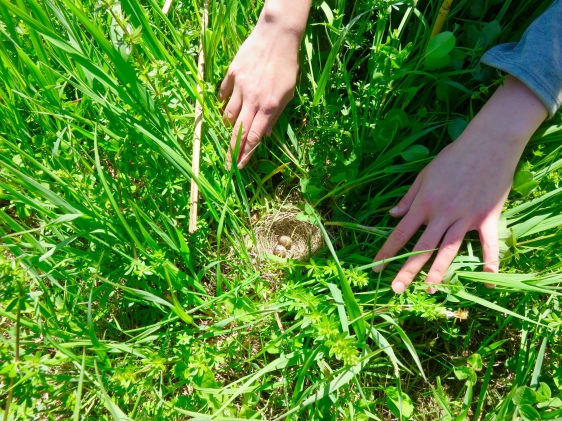 I have spent a lot of time getting outside this month. Green has taken over from white and gray. Birds are singing. The sun shines or the rain falls. Winter is done. I have been loving May. It may, and this is a maybe mind you, be taking over as my favorite month. There is a pun in there, but let’s just let that go. Here is some of what I have been up to this month.

I visited Missisquoi National Wildlife Refuge for the first time. The place was beautiful. I only explored some of it and will have to go back to see more at some point. I saw lots of birds, getting there first thing in the morning, including my first Black Tern and, right in the parking lot of my first stop, a Yellow-Throated Warbler.

I visited a few other spots as well. I just passed the 200 mark for birds species I have found this year, over 150 of them in Vermont. Like I said, I like May.

I saw more than birds at Missisquoi National Wildlife Refuge 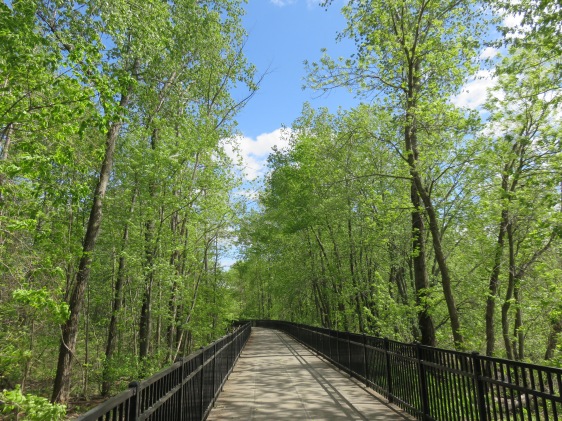 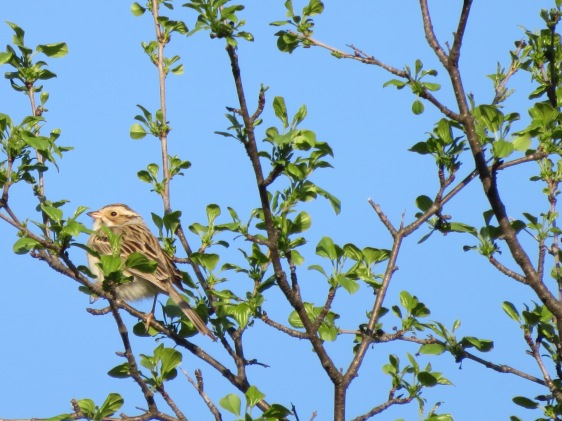 Clay-Colord Sparrow, a lifer for me, right in Hinesburg

Golden-Winged Warbler welcoming the day with its buzzy song