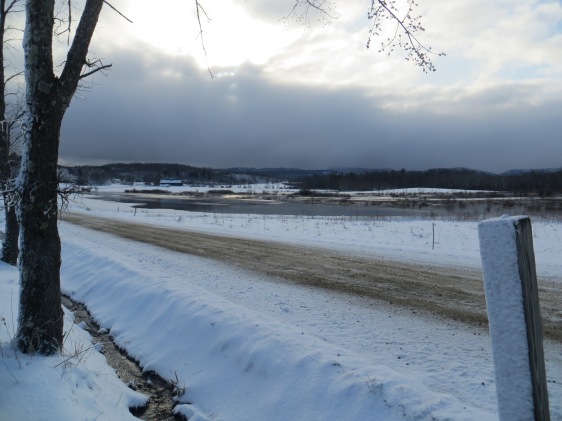 Earlier this week the temperature was close to 80 degrees. Yesterday morning we had a couple inches of snow on the ground. It had been warm enough that things started to flood. Then the floodwater started to freeze over. Early in the day yesterday we had a chilled lake across the road, popping and cracking as the water settled in the cold.

By the afternoon some of the snow had melted. The high temperature was 33 degrees, briefly, so the sun did all the work on that project. The water rose, enough that it flowed over the road by the bridge. The town road crew did a lot of work last summer to keep that in check but it still gets high enough at times to cause some serious erosion. 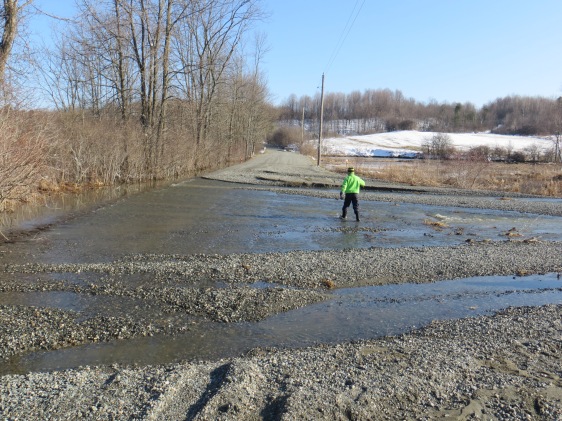 Wading to check out the water under the bridge

This morning it was 18 degree, what the meteorologists would call “unseasonable.” I have been wanting to get started on our garden but it still looks like this: 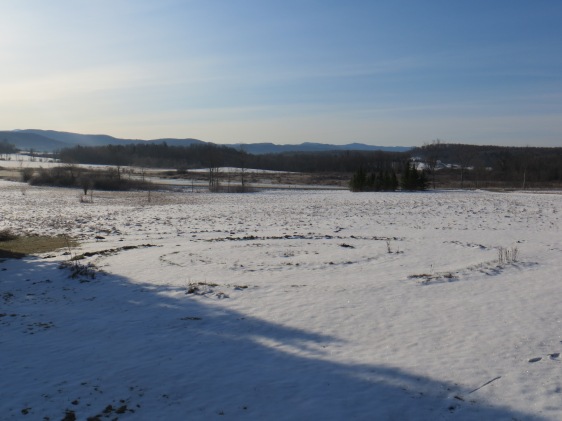 Last year I had started planting in March. So it goes in this hardiness zone. Lots of folks complain about the snow and cold. I get it. But it was stunningly beautiful the past couple of mornings. I find it hard to complain about that. Spring is underway. Winter just wants some last licks. By next week the boots won’t leave the closet and we will start asking when we should remove the snow tires. And then everyone will complain about the mud. 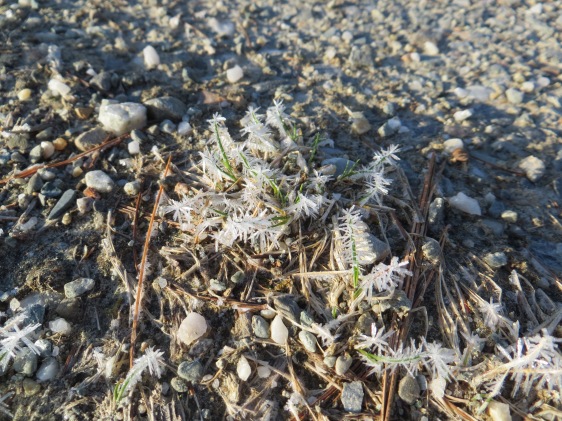